In the storage world the verb “redundant” means that your data is safe, secure, copied multiple times, backed-up and it gives you the feeling that if you make a mistake or something happens to your data it can be retrieved from these other places. This more or less make you sleep at night when you worked on a large project for a couple of months and if you would loose that data it’s no big deal.

However in the Human Resources world the word “Redundant” has a totally different meaning. It more or less means that if somebody from HR approaches you and asks if you have a couple of minutes it’s time to get worried. As said the word “Redundant” in HR terms has a 99% chance that you’ll be out the door before you can have your next cup of coffee.

So here you are, living in a foreign country (Melbourne, Australia) as a highly skilled storage architect and on a certain moment you’re being told that your position is made redundant. Now if you’re an Australian citizen and/or on a permanent visa you take your severance pay, register at a lot of recruitment agency’s and probably within one or two months you’re back in the game. 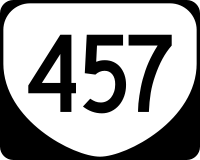 Things start to change when you’re on a temporary business sponsorship visa (a so called 457) because that one is cancelled right away as well and you have about 28 days to pack your things up and leave the country (whereto? that is your problem as long as your not within Australian borders.) So when you are in my position with a wife and kids who go to school here and have a flourishing social life you can imagine this has quite some impact. You have to sell you house, get rid of the lease car and all other commitments you’ve taken on in the period you’ve worked here. In my case when I sum this all up it’s around AUD$70,000 that I lost on one day and that is a lot of money.

To go back to the Australian policies, your profile matches at least two of the most wanted people Australia is after (have a look on the Department of Immigration website and search for MODL) w.r.t IT skills however there is no arrangement for you get some sort of bridge visa to stay in the country and apply for a permanent one.

The only option is to get a new job with a company who is willing to sponsor you for a new 457 visa (remember this all has to take place within the notice period + 28 days the government grants you for packing up your stuff) . Since this option is not really appealing for companies given the responsibilities that they have to take (buy you a couple of plane tickets back home) most of the companies are not keen on doing that. The main reason being the hassle that is involved. (sign two documents and pay around $500.00 on admins fees). The exact wording are on the Department of Immigrations website as well. Click here

This all happened back in 2009 so for me it was a very exiting time but I hope it never repeats itself. Anyway, I managed to circumvent the entire situation due to the fact that other departments in my company did want/need my skills and as such my visa didn’t need cancellation after all. In the mean time I was able to get a permanent visa so besides the stress of visa termination when your position is made redundant a permanent visa gives you some more option w.r.t. social security and medical care here in Oz.

So why is this 457 so dangerous? This temporary visa was instantiated by the Australian government after many complaints of large international companies who had massive problems getting workers from oversees to do a temporary job in Australia. Think of companies who need temporary expertise from elsewhere in the world to complete a project in a relatively short timeframe. Previously they had to apply for a permanent visa which, by regulation, requires a lot more scrutiny and therefore takes a lot longer to get. This became an economic burden since many projects in Australia took far longer than essentially needed. To overcome this situation the Australian government introduced a short term, very restrictive visa with the well known number 457. This one is valid for 4 years, it allows you to work and live in Australia and that’s about it.

You’re not eligible for any social security arrangements, government funded medical arrangements (Medicare) or anything else besides the human rights. (so yes, you are allowed to call the police when there are buglers in the house. :-))

The intention of this visa was, as I described above, to let companies complete their projects and the workers would return to their original country to rejoin their old position with that company. The problem however now is that almost every company, and even recruiting agencies, offer this 457 to lure people from overseas to come to Australia to work here. They do not tell you all the above things I just wrote up. So many folks believe they are granted at least a 4 year stay but this may not be the case, It can be as bad as 2 months if you’re really unlucky.

To give some advise:

1. If you’re single and willing to take the risk to work for a maximum of 4 years in Australia you’re good to go on a 457.
2. If you do enter the country on a 457 visa you have to take private medical insurance unless this is taken care of by your company.
3. Do not engage into long term financial commitments like buying a house, leasing a car for an extended period or other financial transactions which might get you into serious problems. (Believe me it will almost kill you when you get “the message”.
4. Live on “inflatable” furniture because an international move back does cost a lot of money. The less you have to take back home the cheaper it will be of course.

5. If you have a family which you want to take with you, wait for a permanent visa. It’s just not worth the risk, stress and hassle that will take place when you employer cancels your sponsorship (another word for being made redundant) and your visa stops in 28 days.
6. Also remember that in addition of your employer having to inform the department of immigration of your status change, you are obligated to do the same. If you don’t, you’re treated as an illegal immigrant which most likely will prohibit any chance of obtaining a permanent visa in the future.

6. If you’re being sent here by your employer overseas make sure he provides you written consent that your job is still available when you return.
7. If you’re on the job for 2 years on a 457 visa and your employer still wishes to keep you ask him immediately to assist you in applying for a permanent visa. He might be willing to even pay for it. If your skills are good most of the times he/she will cooperate. The cost for my family was around AUS$6500.– which included all paperwork, levies, and the fees for the immigration agent. In addition you are required to do an English language test if your not from a native English speaking country which is around 350 per adult. Also a medical examination is required for ALL applicants including children which added another $1200 to the bill.

8. You can apply for the visa yourself however it’s much more effective to hire an agent to take care of the paperwork. The problem is that many questions might be incorrectly interpreted by you. If your application is received by the department of immigration and it does have errors or irregularities in it your  application will be sent back and you’ll end up at the bottom of the pile again. On average the waiting time is between 6 months and a year so you’re better off with an agent.

If you work in Australia your employer is obligated to deduct a so called Medicare levy. This is the premium you have pay for medical coverage under the public medical system however when you’re on a 457 you’re not eligible for this coverage and as such you can deduct the total amount of 1.5% of you’re taxable income. Secondly, the Australian government more or less encourages private health insurance and allows you to deduct 30% to 40% (depending on age) of your premiums from your taxable income.
If you have children who require school necessities like books, uniforms, stationary etc you are NOT allowed to deduct that from your taxable income. As I said before you don’t get any social benefits on a temporary visa.

Let the above not stop you from the experience of living and working in Australia. It’s a great country with lots to do and see but make sure you are fully covered for all aspects when your 457 gets cancelled for whatever reason.